Snow had started to settle on the ground at Bog Roy Station. We got out our maps and had a plan. The night before we had a quick chat as a team and decided we needed to focus on teamwork, going hard and that the results would follow. There was not much gear for this race but a descision was made that mine would split between the three guys, as we knew it would be a quicker race than GodZone. This would be Team Greenhorns’ first race with new team member, Glen.

The horn sounded and we were off. A weather bombshell immediately hit us with strong wind and snow. My legs struggled to warm up in my tri shorts as we slowly ploughed through the snow on our bikes. The race consisted of 3 stages: 50km mountain bike, a 33km trek and a 25km mountain bike(rough distances). Each leg had a number of check points and you could chose the order you did them in and in what order you did the three stages. This meant everyone was doing a mix of stages and for most of the race you couldn’t really tell how you were going. 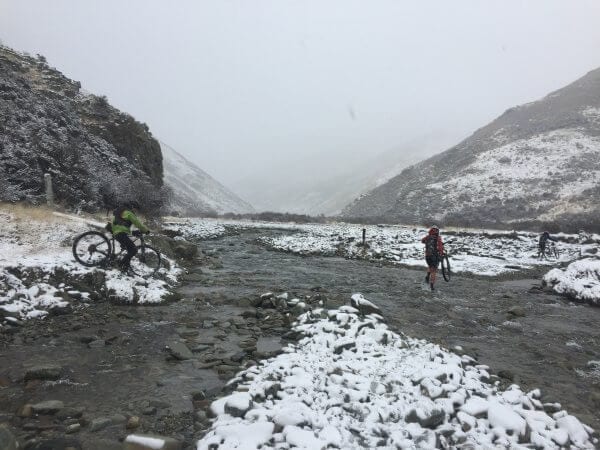 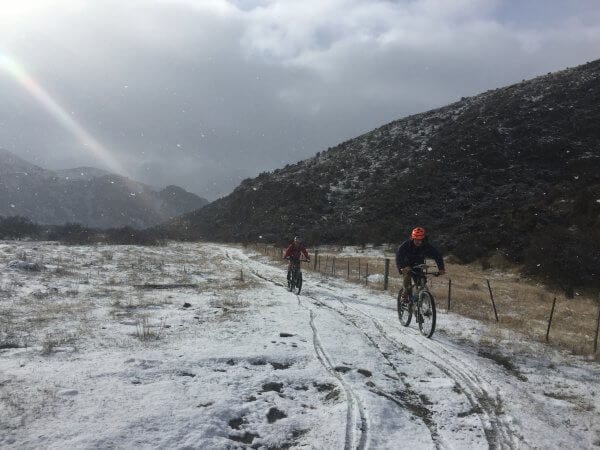 We started on the 55km mountain bike and made it to the front of that group although that didn’t last long and we were caught and passed by Sneaky Weasel Gang; although this would not be the last we would see of them. We were kind of grateful to have them helping break a trail though the snow that had settled on the ground. The weather was slowly improving, but we were still slowly slogging it up a valley in snow. I was stoked when we reached the hut and cp, which was our turn around point as we would then have fun going down. It was strange on the way back as the snow was starting to melt making the going easier and the scenery different. For the last cp on the leg we had two route choices; either over the hill and drop into it or go around the bottom of the hill and bike up a small valley. The majority of the vote was on going around and this turned out to be quick and efficient and we saw Sneaky Weasel Gang heading out of the cp. All we had left then was to make it back to the transition area. 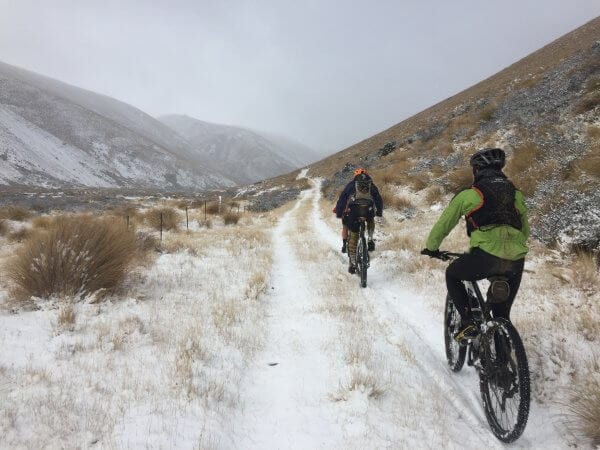 The plan was to do bike, trek, bike; but we decided that things were going well on the bike and to tag the next bike leg onto it as well. We stopped by the transition area, checked in, restocked on food and then headed out again. By now the weather had improved (although still windy) and our feet had started to warm up. This bike leg had more hills. I jumped on the tow rope for some of the hill climbs. This really helped to keep the pace up as I’m not as quick as the boys on the hills. Tom was a tank with towing on the bike. There were some cool views from up in the hills. There were some ups and downs and it wasn’t long before we were heading back down into the transition area. 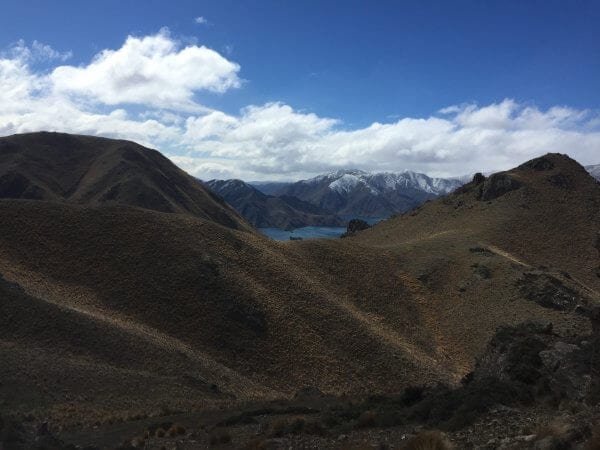 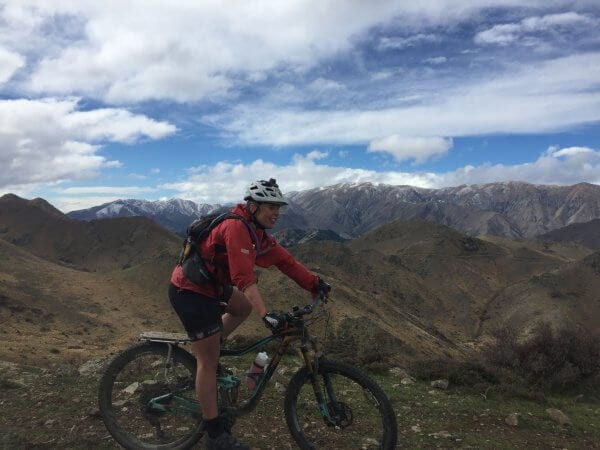 It was now time to take on the trek. The team had been working really well together and helping each other out. Some of the boys were bringing trekking poles along. I hadn’t used poles on a shorter race before, but since they were I decided to bring my two poles along too, which was awesome for the climbs. We started the trek with a steady running pace. I got offered the tow line early in on this leg to help and it was then used a lot. I had never been on a running tow before but it turned out to be pretty cool. Glen turned out to be a really strong runner so was happy to offer to tow. My legs got shredded as we spent some time sidling around and navigating our way through Rose hip, which is a spiky plant that I have added to the list of plants I don’t like. Eventually we had to climb up from the lake to the hill f 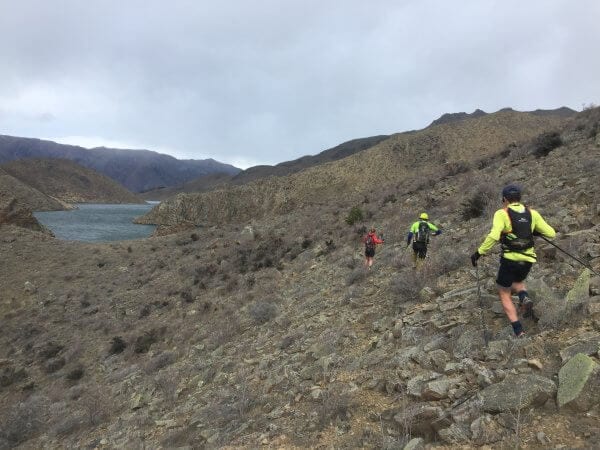 or the final two cps. I was starting to get a bit worried about the amount of time left, as we had to be back to the finish line within 12 hours. The presure was on as ran along the ridge to get the second to last control, and then we were also running to the final control. We smashed it up the final climb to the last control. As we climbed, I knocked back a final Gel to help me get to the finish line. It was then a race down the hill to make sure we made it back in time. This was exciting as it was dark. We made it to the finish line with 20min to spare. The boys and I were all tired from an awesome race and finish. The race went really well with us coming together well as a team. Everyone looked after each other and helped each other out. This resulted in us taking out 1st place in the Mixed Teams category and 2nd place overall behind the Sneaky Weasel Gang Men’s team. This was a fantastic opportunity to practice as a team as we are entered for GodZone Pure next year.

You can check out what the Greenhorns team gets up to at https://www.facebook.com/GreenhornsAR/