It’s been over two weeks now since we stood on the finish line of GODZone after 7days 3hrs 2min of racing in the wilderness of Fiordland. Most of the time it didn’t feel like a race, it was more an epic adventure, sometimes feeling like a game of survival. We stuck together, helped each other out and really became a team, which is what got us to the end. The race was so long and some bits are still blurry that this is just a summary of the race.

When the planner (with what the race would involve) was released it was clear that GODZone was going to be truly epic. It scared me, the enormity of what we were about to take on. The only way I made it though the race was focusing on one leg at a time and often I broke these into even smaller stages. Before the race we had a quick team talk about our goals, strategies and what everyone wanted out of the race. This was really good as it put everyone in the team on the same page. Our main goal was to finish the full course and to focus on racing our own race. 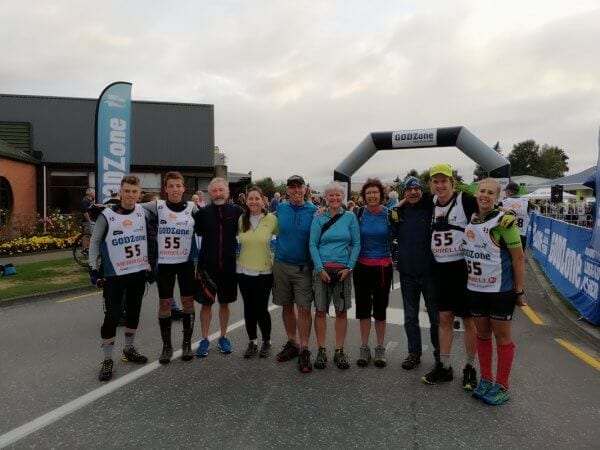 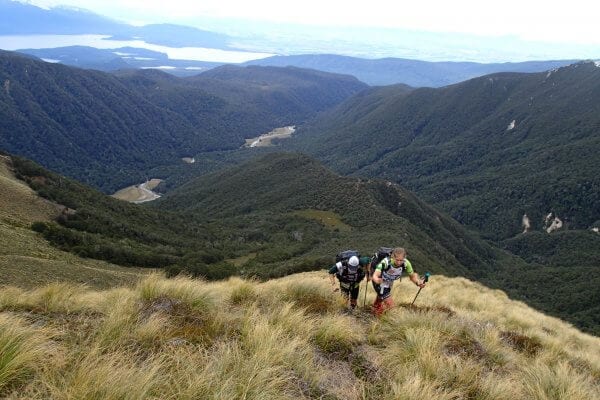 We started the race with a run in Te Anau and a packraft paddle down the lake and Waiau river. Then it was into a trek. I wasn’t feeling so great so boys took some of my gear to lighten the load. The night before starting I hadn’t slept well and had ended up throwing up, which was not a great start, I think it may have been nerves. We made it smoothly through the trek to the abseil. I have never done an abseil at night or one of 100+ meters, so this was an epic experience. I have heard that it was much more scary in the daylight.

We had an interesting packraft down the Monowai River in the dark and enjoyed the company of the Bend Racincg / Yogaslackers team. We couldn’t see very well which made it more exciting. We were then dark-zoned before getting on the next section of river, which worked well for us as we had already planned to sleep. 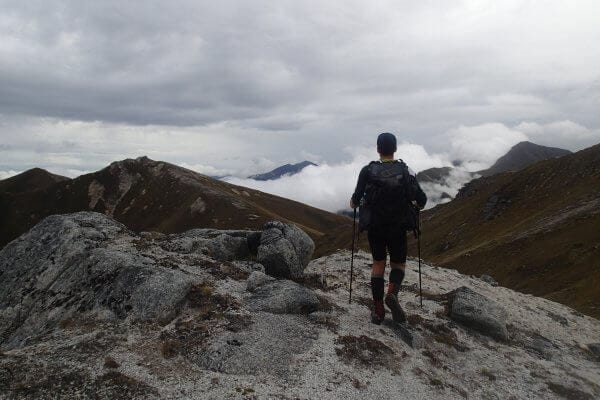 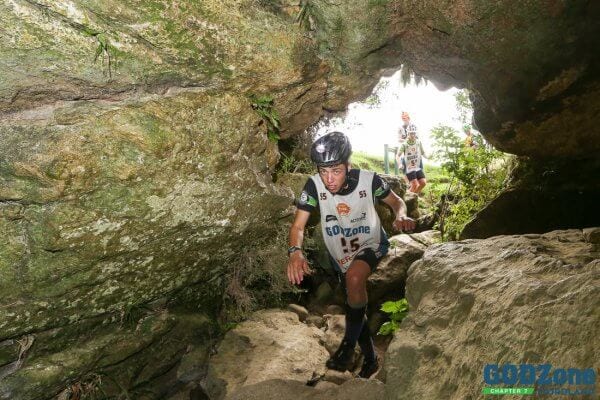 It was nice to off our feet and onto the bikes. I really enjoyed the caving and thought it was a cool thing to do in the race. It involved a compulsory two hour stop so once we had been though the cave we all enjoyed some food and a chance to dry our feet off. Then we were off to finish the bike leg. 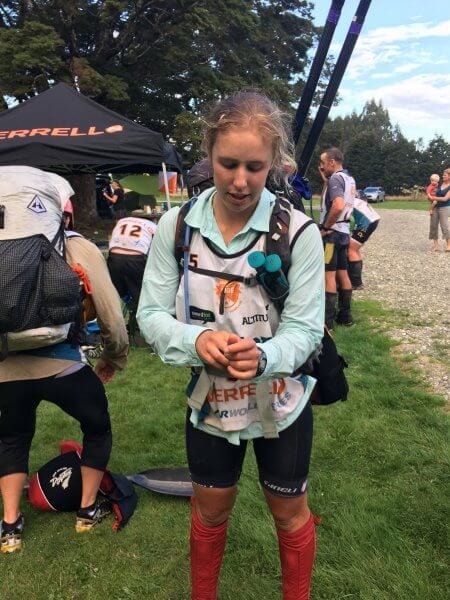 This leg was massive and slow with lots of bush bashing. Navigation was important as well as looking after ourselves, especially our feet. We knew we were battling in the top 20 teams but just continued to focus on our own race. Our navigation went well mostly with minimal mistakes (CP 17 didn’t go well for us). To get through such a massive leg I just focused on small section at a time, often this would be thinking about when we would be in a packraft next.

We were dark-zoned after the paddle across Lake Hauroko so a lot of teams regrouped here and essentially the race restarted in the morning with a packraft on the Wairaurahiri River. This was one of my highlights along with other packrafting legs on lakes and rivers.

After a big bush bashing adventure there was a long tough slog (roughly 55-60km) out along the coastal track. We managed to get a chunk of it done in the dark before crawling under some bushes for some sleep. After 4ish hours we were off again slogging it along the track. We had to keep pushing forward; we spent all day on this track with our feet getting more and more painful. It was tough. We were rewarded slightly at the end with a gorgeous sunset behind us looking back at where we had come from (which was miles away). Everyone was in the hurt box in this section and all we could do was go forward. 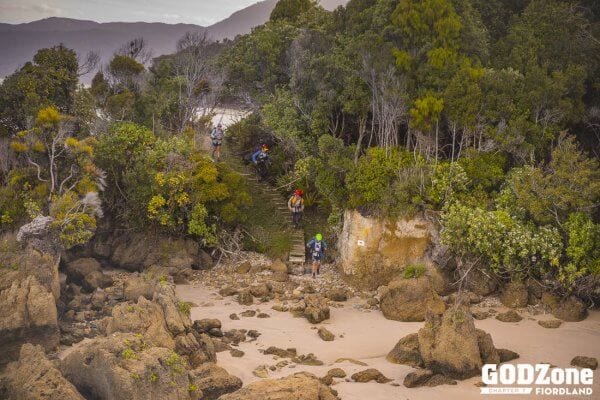 It was dark by the time we finally made it to the transition. It was amazing as our parents and supporters were all there waiting and cheering us on. It gave us a good boost. It felt so great to be there and to have survived that trek. 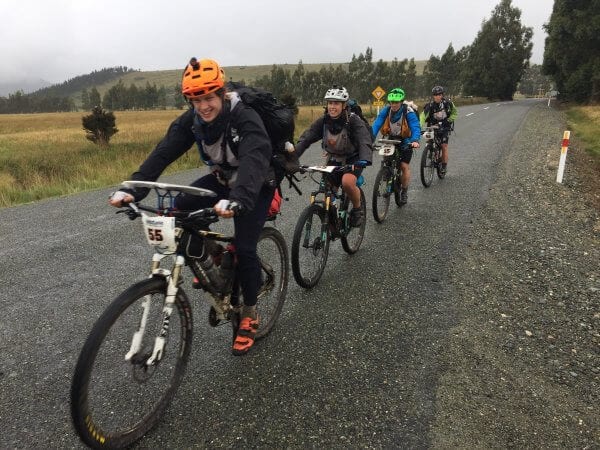 I was so excited to see my bike. We had a slow transition but still managed to get out and get some of the leg done before settling down for a sleep. We really tested our gear here as we didn’t put the tent up and then it started to rain. The water resistant sleeping bags paid off as we stayed dry. We biked though Rowallen Forest; did a big road section and then the good stuff came. The Borland road and Percy Saddle. I enjoyed the first big climb, we chipped away at the climb well, the decent was wicked and the views great. Once we got onto the climb to Percy saddle it was more hard work. We pushed our bikes up most of the steep climb, it kept feeling like we were getting closer to the top but then we got to the real hike-a-bike section. This was hard work scrambling through the bush over big rocks while carrying our bikes. I was definitely feeling pretty tired at this point (so were others as well) but we just worked on chipping the final part of the climb off. I put my bike on my shoulders to carry it when possible. When we finally made it to the top we were stoked! It was super satisfying, we were there just in time to catch the view before the sun set. It was incredible, then we enjoyed going downhill to the transition.

We were super surprised and excited to see Tom and Levi’s Dads at the transition. They had been on their own adventure to get there. This transition was pretty slow, everyone just slumped for a bit feeling a bit tired and enjoyed eating chips. Eventually progress was made and we got through the transition.

We made slow progress on this leg, it was dark and hard to see much. I really struggled to stay awake(Sorry guys!), I took double caffeine tablets to try and stay awake but it just wasn’t really working. I hoped the trek would wake me up.

There was a nice warm hut at the start of the trek where we took the time to look after our feet. Glen had trench foot and Levi was starting to develop it also which was not great. We bush bashed our way up the river for a couple of hours before deciding to get some sleep. I was feeling a bit dizzy so sleep was a relief. Two hours later I woke up on the morning of day 7 and decided it was time to go home but first we need to finish this trek and a paddle. We continued to bush bash up along the river. Tom carried Glen and Levi across any water to try and keep their feet dry and to prevent the trench foot getting worse. For awhile we were joined by Bend racing/yogaslackers (who we thought were way in front, but had taken a bad route choice) and enjoyed chatting to them before going our separate ways. It felt like it took forever to climb up to Lake Herries but the terrain we covered was really interesting. 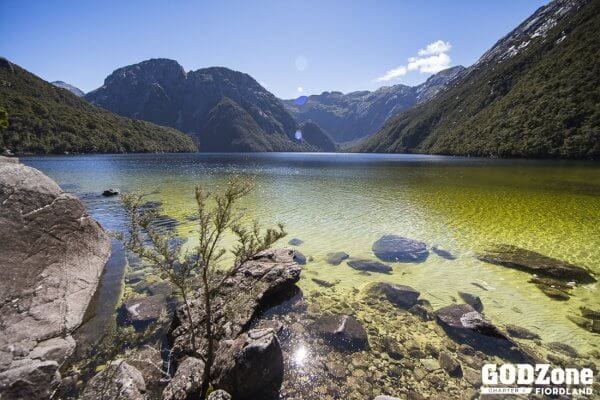 Lake Herries – One of my favourite spots in the race

We were 10-15metres away from the Lake and we couldn’t see it. We were all stoked to finally make it to the Lake and were surprised to see Braden Currie and his Dad there. We then paddled across the lake which was one of my highlights being in such a cool location. We saw a team (Bend racing/Yogaslackers maybe) just behind us so we put the pressure on climbing up to the saddle. The saddle was awesome and from there it was a slow slog out along the river. Downhill was a lot more painful on the trench foot and an injury Glen developed, so it was slow going. We took weight out of Glen’s pack to take the weight off his feet. It felt like it took a really long time walking out. Everyone just kept going. Not far before the transition we saw lights behind us, it turned out The Sneaky Weasel Gang had caught us and our teams both arrived at the transition at the same time. The paddle was dark zoned so we had our last sleep. This trek was challenging but I really enjoyed the scenery. 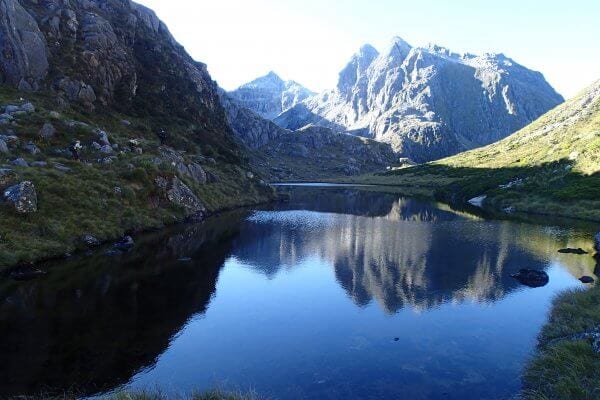 We got up in the morning ready to paddle home. The Sneaky Weasel Gang managed to get away just before us on the paddle; we never managed to catch them and enjoyed a paddle on flat water to the finish. It felt amazing to make it to the finish line after such an epic adventure. It felt satisfying to make to through the entire course. It challenged you mentally and physically, it was the toughest thing I have ever done. We managed to finish 10th overall (only 25 teams finished the full course out of roughly 72 teams that started) which we were stoked with (and we all wanted to make the top 10 if things went well). We also took out first place in the Colts category, and were the youngest team in the race again. 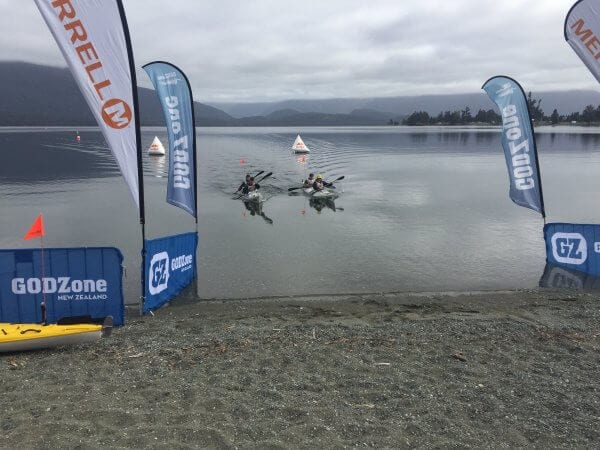 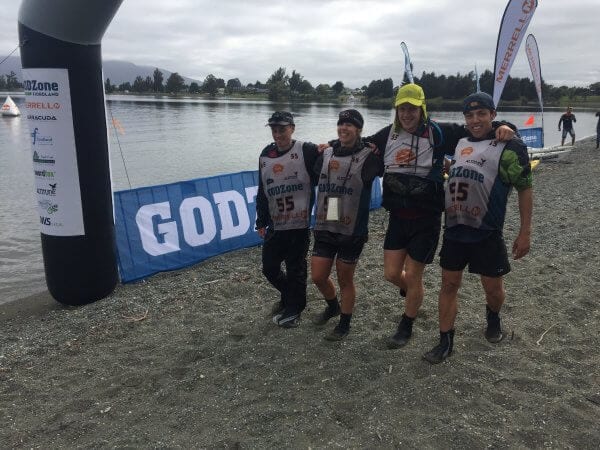 I didn’t know how it would go training for two-day Coast to Coast and GODZone as they are two very different races, overall I’m stoked with how it all went and am not sure what the next big challenge will be. Really it’s time for a rest and Richard has prescribed 6 weeks off training. Of course I can still go out and have fun so I’m hoping to ride down some hills on my mountain bike. I want to say a massive thank you to my teammates, Mum, Dad, James (my partner) and Richard Greer. James has put up with months of training, going to work while I go paddling, me being tired from training and has supported me heaps along this journey. My parents have always supported me and I could never have achieved my dreams with out them. Thanks Richard for setting me a good program and putting up with my always-changing study and life timetable. Our team had the help of some great sponsors – Gurney Goo, Duncan Venison, Hilary Foods and Awaken Bars. Their support helped us through the race; we went through a lot of Gurney Goo and it helped to keep our feet in great shape. Last of all thanks to all the friends who have supported both myself and the team along the way. 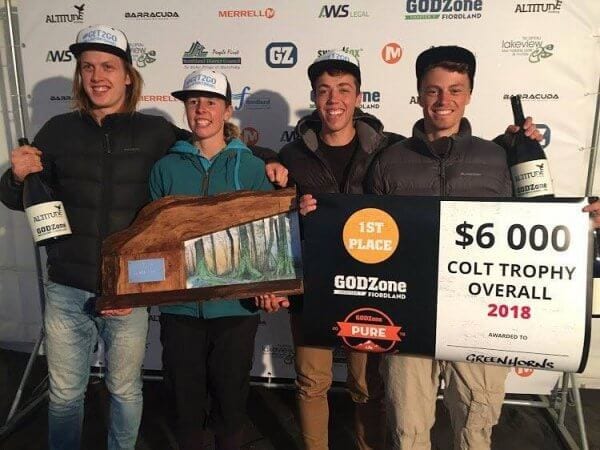